The Active Directory Security Module (security-ad), contains two LDAP principal scanners (In addition to the Active Directory scanners) -  the Ldap scanner and the Ldap - Shared Configuration scanner. The  Ldap scanner is easier to use because it can be configured from the UI. The  Ldap - Shared Configuration scanner could be used to create a single configuration for both the Ldap principal scanner and the Ldap authentication provider.

These features require that the security-ad module be included when you run createproject to create the project directories.

Configuring an LDAP Scanner from the Admin UI

A new LDAP scanner can be created from the http://<host>:17000/admin/connectors admin page - click the +New tab and choose the Ldap connector. 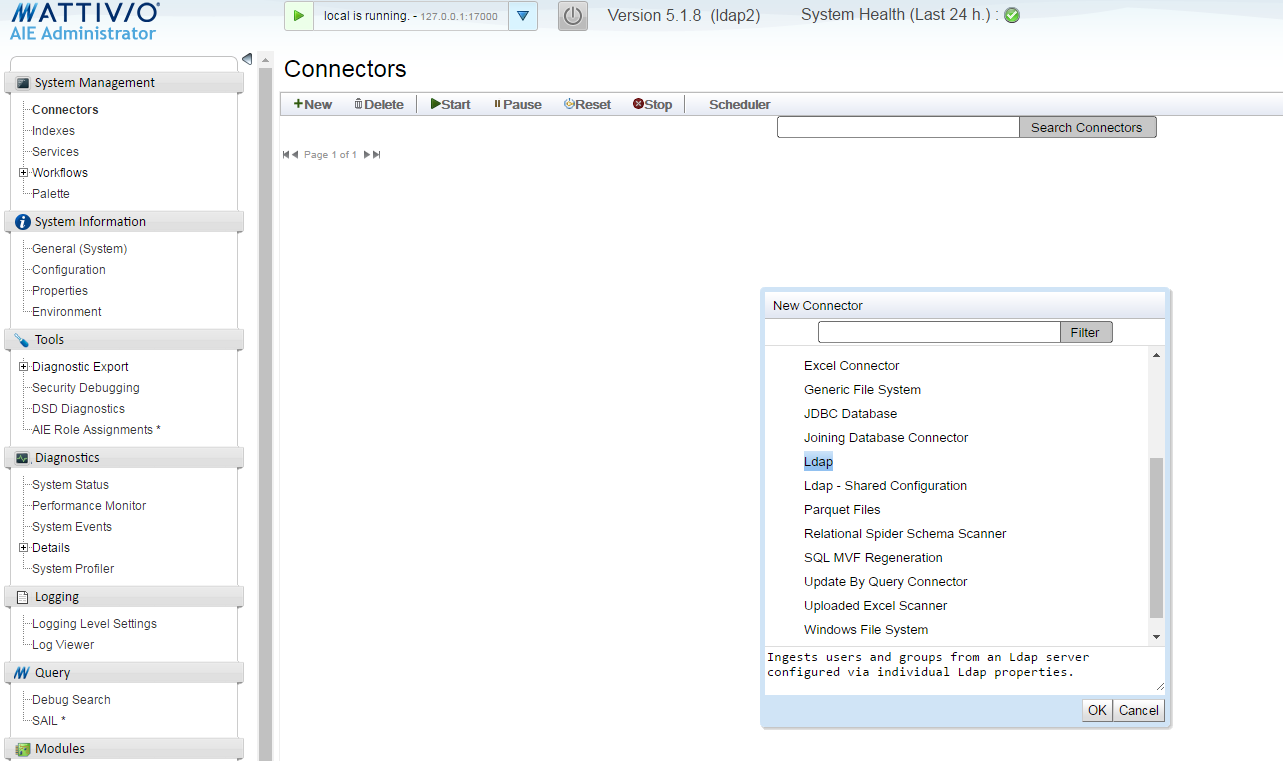 See the Configuration Options section below for the typically used scanner parameters.

Configuring an LDAP Scanner from a Shared Configuration Bean 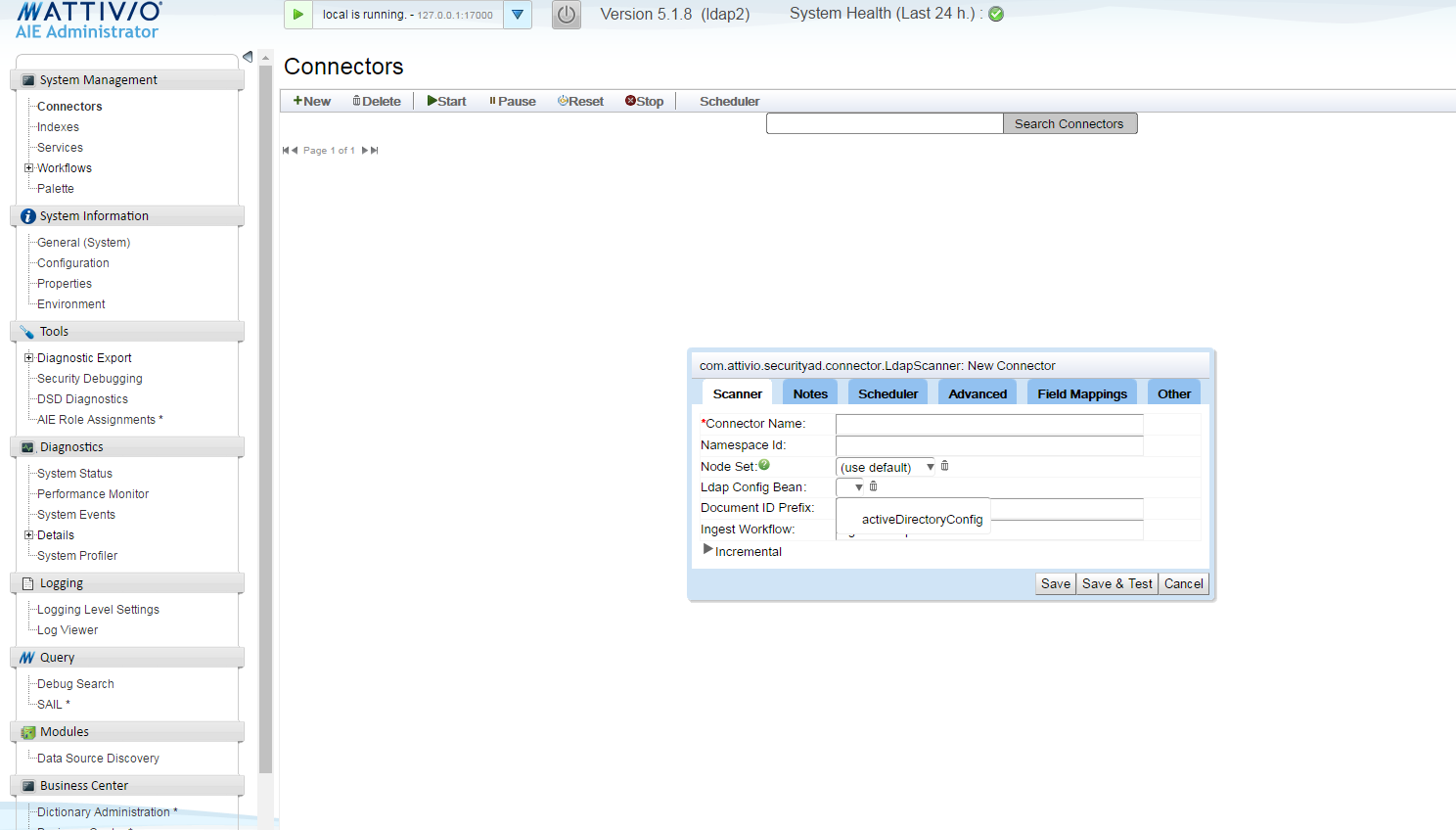 The LDAP Principal Scanner can be configured to scan incrementally. There are two incremental scan  features which can be turned on and off independently:

The incremental functionality is implemented using a history log mechanism. The the initial scan records all the scanned principals and their signatures. The signature of a principal is a checksum number that captures all the principal's relevant information. A change of the signature signals the LDAP principal scanner, in subsequent runs, that the principal must be re-ingested. Principals that were ingested before but are not seen in subsequent runs are deleted from the Attivio index if the incremental  deletion option is turned on.

The Reset tab is used to erase the history log. The next scan after applying reset will be a full scan - all configured users and groups will be ingested.

Reset should not be normally used in production environmet since users and groups deleted between the Reset application and the next scan will not be automatically deleted.